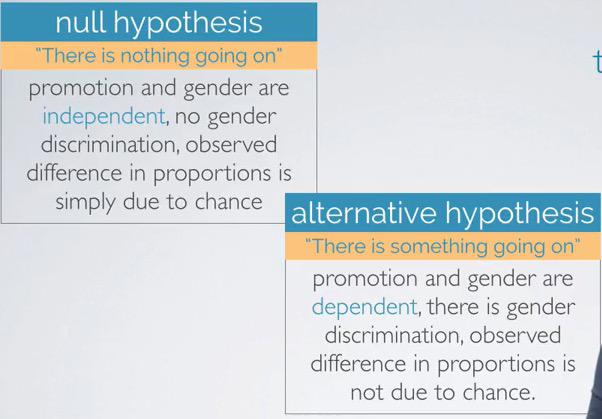 Statistics isn't only used to describe the data, to have a better undestanding. We could also infer upcoming data based on observations.This brach is callled Inferential Statistics, and of the method introduced here is Hypothesis Testing..These case are taken that given personal file to 48 supervisors, identical file, with different only in gender, there's 30% winning difference of male to female accepted to be promoted. All supervisors given random assignment which is to be expected, a controlled experiment.

The Null Hypothesis then said, there's nothing going on, two variables are independent, and that's happen due to chance. But the Alternative Hypothesis is the oppposite. 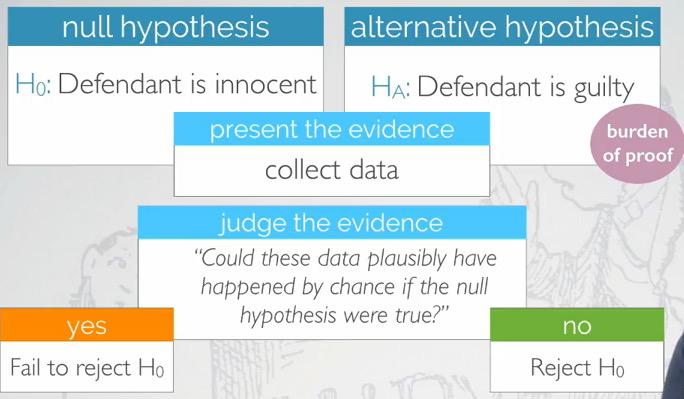 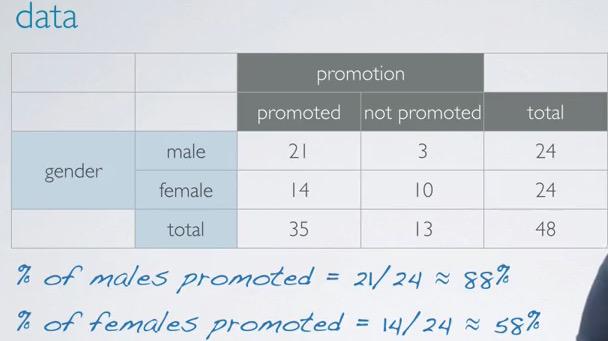 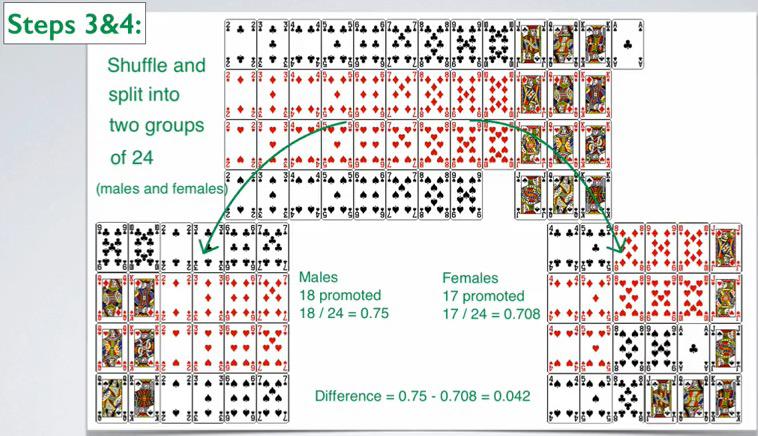 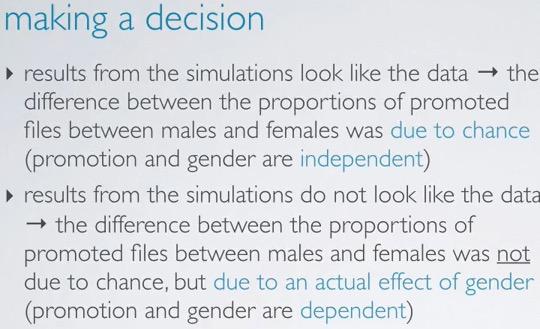 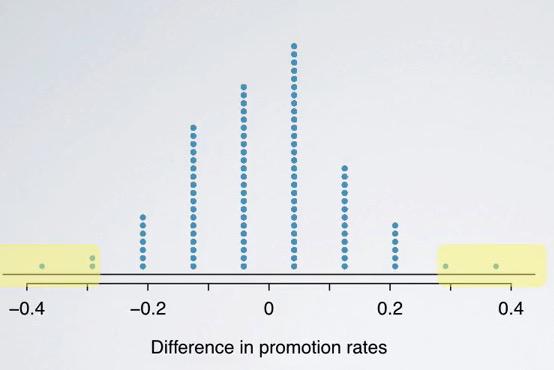 In this case, the Null Hypothesis is stated there's no difference between men and women in getting promoted, and happen due to chance. By looking at the dot plot above, we've seen that at extreme condition,at least as 30%(probability observed in the data, which is p > abs(0.3)) the probability gaining 30% difference is very low. That's why we reject the null hypothesis. 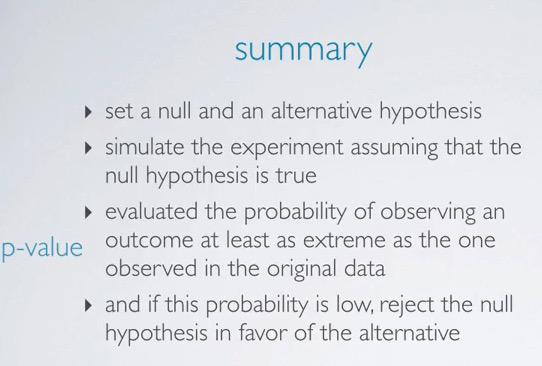 So the p-value is one the most common when deciding two competing hypothesis.More on this later.